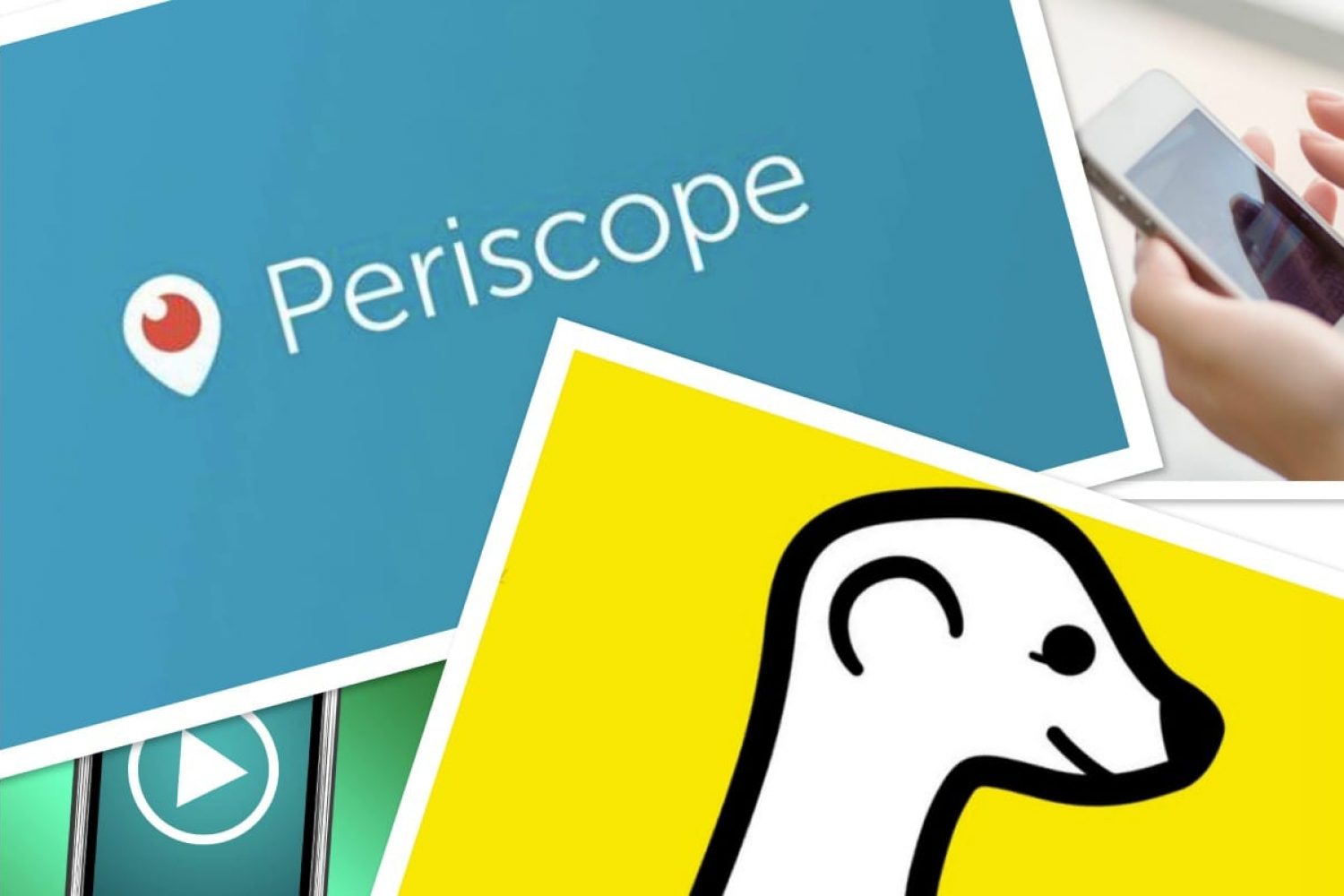 I am a real estate agent who understands the importance of social media. Social media is now, and it is also the future. I have been focusing a lot more of my efforts on social media marketing for my business and for promoting my clients’ homes.  I recently came across Meerkat vs Periscope online. I thought it would be interesting to use these live-streaming apps to broadcast my open houses. So far, I have used both apps to live stream two different open houses. Which app did I like more, and which is better for Realtors?  And who wins the Meerkat vs Periscope challenge? Well, there are benefits and drawbacks to each.

Meerkat relies heavily on Twitter to spread the word about streams.  The app is only available for Apple devices right now, although there is an unofficial third-party unofficial app for Android which allows you to watch streams but not actually create them.  The Meerkat app allows you to either stream live, at that very moment, or schedule your stream for up to 24 hours in advance.  Either way, Meerkat tweets out a link to the broadcast for your followers to see and retweet.  For scheduled broadcasts, Meerkat users can “subscribe” to the future stream inside the app and be notified when it’s close to streaming time.  For live broadcasts, users can view your physical location, comment in real time (and these show up on the screen so you can answer them in real time, too), retweet the live stream link, and like the video.  User comments also appear on their own Twitter feeds (unless they turn this auto-tweet comment feature off),   This helps gain additional buzz and visibility for your Meerkat broadcasts, as well as for your own Twitter account.

When you are in the Meerkat app, you can search for people to follow, and quickly check out their Twitter accounts as well (as you might follow them on both Meerkat and Twitter if you like what you see). What Meerkat won’t due is automatically find your Twitter friends who are on Meerkat and “suggest” you follow them (Twitter, which owns Periscope, cut this functionality out recently).  Once you follow a Meerkat user, their live streams show up in your feed in the main app window.   If you are only following a few users, your feed will be empty most of the time, a major drawback for Meerkat.  But, thanks to a hack leaked from Business Insider, you can avoid this limitation by enabling “God Mode.”  This allows you to view live streams from every single Meerkat user in your feed, even those users you’re not following.  You enter this mode by holding the Meerkat symbol down for five seconds until it turns from facing right, to facing left (see photo).  God Mode is the key to an engaging experience for newer Meerkat users who may find it extremely hard to find enough accounts to fill up their feeds with (and therefore will be staring at a blank screen most of the time!).

In theory, the Meerkat stream is truly ephemeral, like SnapChat, so once it’s over, there is no rebroadcast link, and your users won’t see it again unless you’ve saved it on your phone (which you’re prompted to do at the end of your broadcast), and you’ve posted it online yourself.  However, as with most things, there is a work-around already on the market.  A new service called #katch will save your live stream, upload it to the #katch YouTube account, and then tweet you out a link  when it’s ready to be viewed.  All you need to do is add the hashtag “#katch” to your stream announcement and voila, it’s online.  Your audience can also #katch your stream as well, although now the #katch service will tweet you and ask that you “approve” the request before they record it.  Nice touch.

Periscope is a Twitter-owned live streaming app which, as with Meerkat, is only available for Apple devices right now.  Periscope has a great user experience inside the app, where you can follow all kinds of streams, both live and past (your streams are saved by default for 24 hours on their servers).   Users can comment and “like” inside live streams, with the likes showing up as stream of continuous multi-colored hearts floating upward.  In terms of broadcasting, Periscope allows you to stream live but not to schedule a future broadcast.  When you start your stream, Periscope gives you the option of tweeting out the broadcast link to your Twitter base.   However, only Apple device users with Periscope installed are taken to the live stream.  Everyone else (Android users, computer users, and Apple users who do not have the app installed) who clicks the link is prompted to get the Periscope app — that’s it.

During your live stream, Periscope allows you to see users as they join the stream, and even follow them.  After the stream ends, if you’ve check the right setting beforehand, your stream will be automatically saved to your phone and, as mentioned above, to the Periscope feed for 24 hours (although you cannot share an external link to it outside the App).  Don’t like your broadcast? Just find it in the feed and right swipe to delete it, forever.  Finally, your feed shows you videos from both followers and non-followers alike, live and recorded, which allows you to easily discover new people and content.  As an example, here is a live feed from one of our open houses last weekend:

Which App Should Realtors Use?

So who wins the Meerkat vs Periscope challenge? Well, the answer right now is use both, until a market leader has emerged.   What we really need is a Meerkscope, that blends the best features of both into a single app (foreshadow .. to Facebook Live)!  I’m guessing that with all the momentum behind Periscope, that platform will win out and have the largest fan base for you to tap into. With its seamless integration into Twitter, its excellent default feed viewer, and its built-in rebroadcast ability, Periscope is definitely a solid choice for live streaming your real estate content.  Periscope scores big on the ability to quickly build your Periscope audience off your Twitter base.   But Periscope lacks the scheduling feature of Meerkat, which is key to pre-marketing your stream.

If Periscope tweaks its broadcast options and continues to build its user base, Periscope may quickly emerge as the ruler of live stream.  In the interim, Realtors can and should take advantage of the new live streaming technology by experimenting with both Meerkat and Periscope.  Live streaming is a great way to connect and engage with your real estate audience.  It is a great service to buyers who cannot always physically make an open house (and may not even be in the same state or country), and want the convenience and quality of an agent walking through the finer points of the home online.  It is great viral marketing for your listings that will generate a lot of buzz and, therefore, directly benefit your home sellers.  And it is a point of differentiation that sets you apart as an agent from the rest of the competition.  So maybe it’s not Meerkat vs Periscope, but you vs your competition.