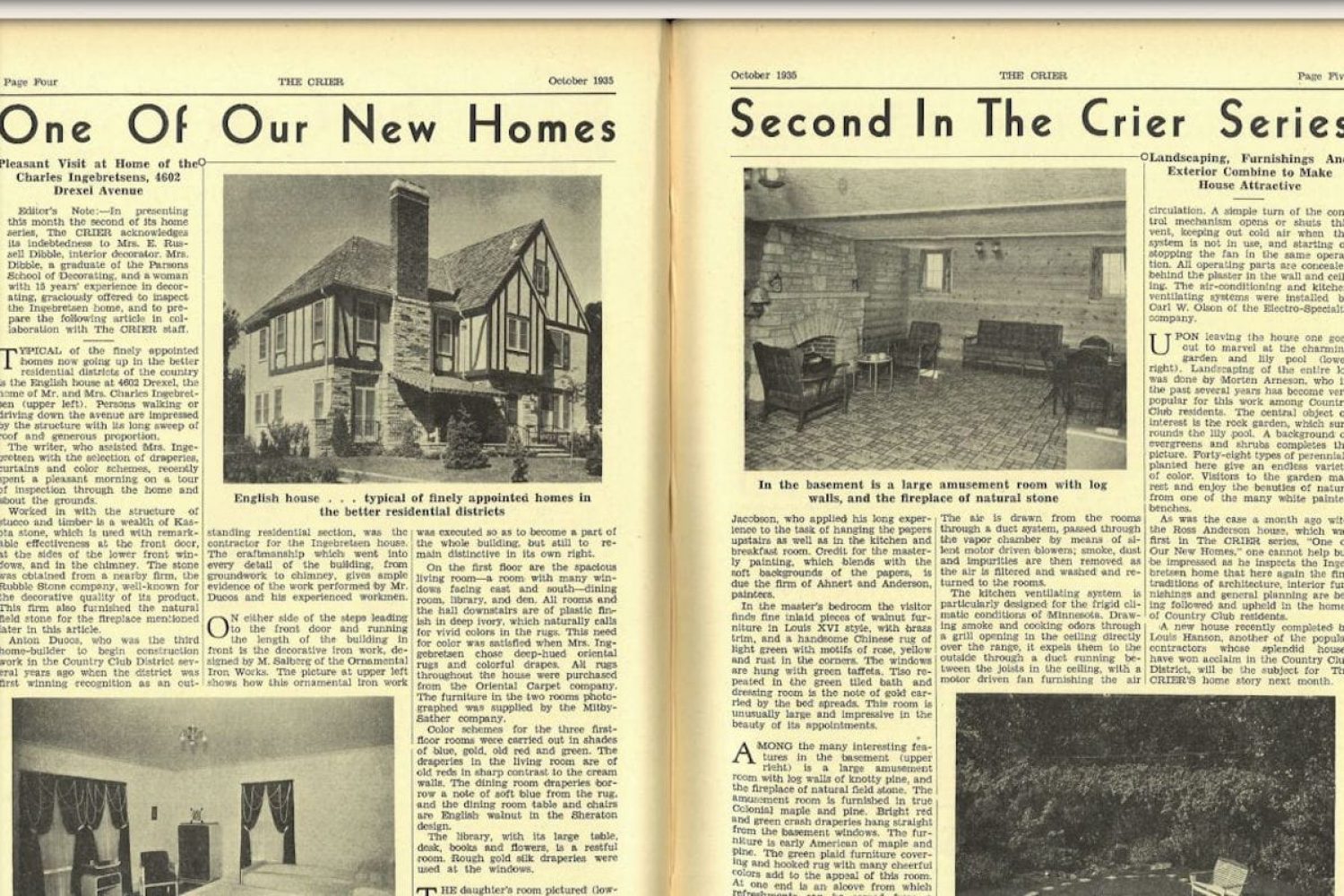 4602 Drexel Avenue was built in 1935 for Mr. & Mrs. Charles Ingebretsen (of the famed Minneapolis landmark Ingebretsen’s Food and Gifts, still located on East Lake Street). The home today is as stately and majestic as it was 80 years ago. The street view remains almost identical to how the home appeared in 1935.  Edina Country Club District homes history is very consistent! Amazingly, the front steps still retain the original wrought iron designed by M. Solberg at Ornamental Iron Works! However, inside one will notice the updates and ‘modernization’ that have occurred over the past eighty years. 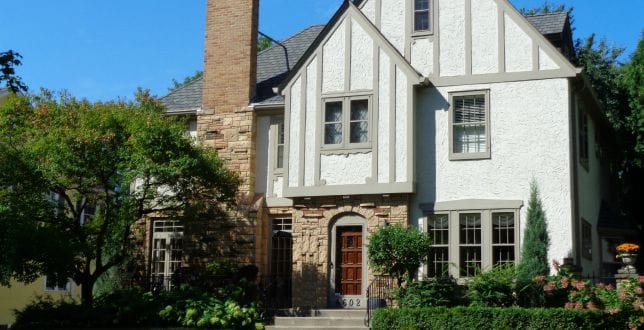 As noted in the original Crier article, “the daughter’s room (done) in the modern mode, so popular with the younger generation” is shown in the current listing as “bedroom 2”. Once considered passé, the bedroom now features hardwood floors (with an 80 year patina!) and is soaked in natural light with very little window treamments. However, back in 1935, this room featured tangerine carpet and heavy blue moiré drapes. In the basement family room, it’s a treat to see the original pine cladding still on the walls. The flooring has been updated and the fireplace now features glass doors. But other than those items, the room looks nearly identical to when it was built.

A few other things noted in the article have changed, too. For instance, the “Eureka air conditioning system” was a luxury feature at the time, but was nothing like a modern central air conditioning system you’d find today. It was really more like an air filtration system than a central air conditioner. Another innovative feature included in this 1935 home was the kitchen ventilation system: “Drawing smoke and cooking odors through a grill opening in the ceiling directly over the range, it expels them to the outside through a duct running between joists in the ceiling with a motor driven fan furnishing the air circulation. A simple turn of the control mechanism opens or shuts this vent, keeping out cold air when note in use.” Amazing how we don’t think anything of such standard features today, but eighty years ago this was a revolutionary wonder!

The last thing to note about Edina Country Club District homes history is the landscaping reference.  This reference mentions Morten Arneson, who had “become very popular with this work among Country Club residents.”  Arneson was a Norwegian transplant who ran a large and successful Twin Cities landscape and nursery business. For those familiar with Edina parks, Arneson Acres Park was originally his commercial tree nursery. Morten Arneson donated his then current home and 13.2 acres of greenspace to Edina in the late 1970s. Currently the park and property is home to the Edina Historical Society, the Edina Museum, and the City of Edina greenhouse. If you liked this article, be sure to check our more about Edina Country Club District homes history.  And don’t miss the History of Edina Country Club Vol I.

About the Author: Bob Moore is a current resident living in the Cornelia neighborhood. His family has lived in Edina since 1925.