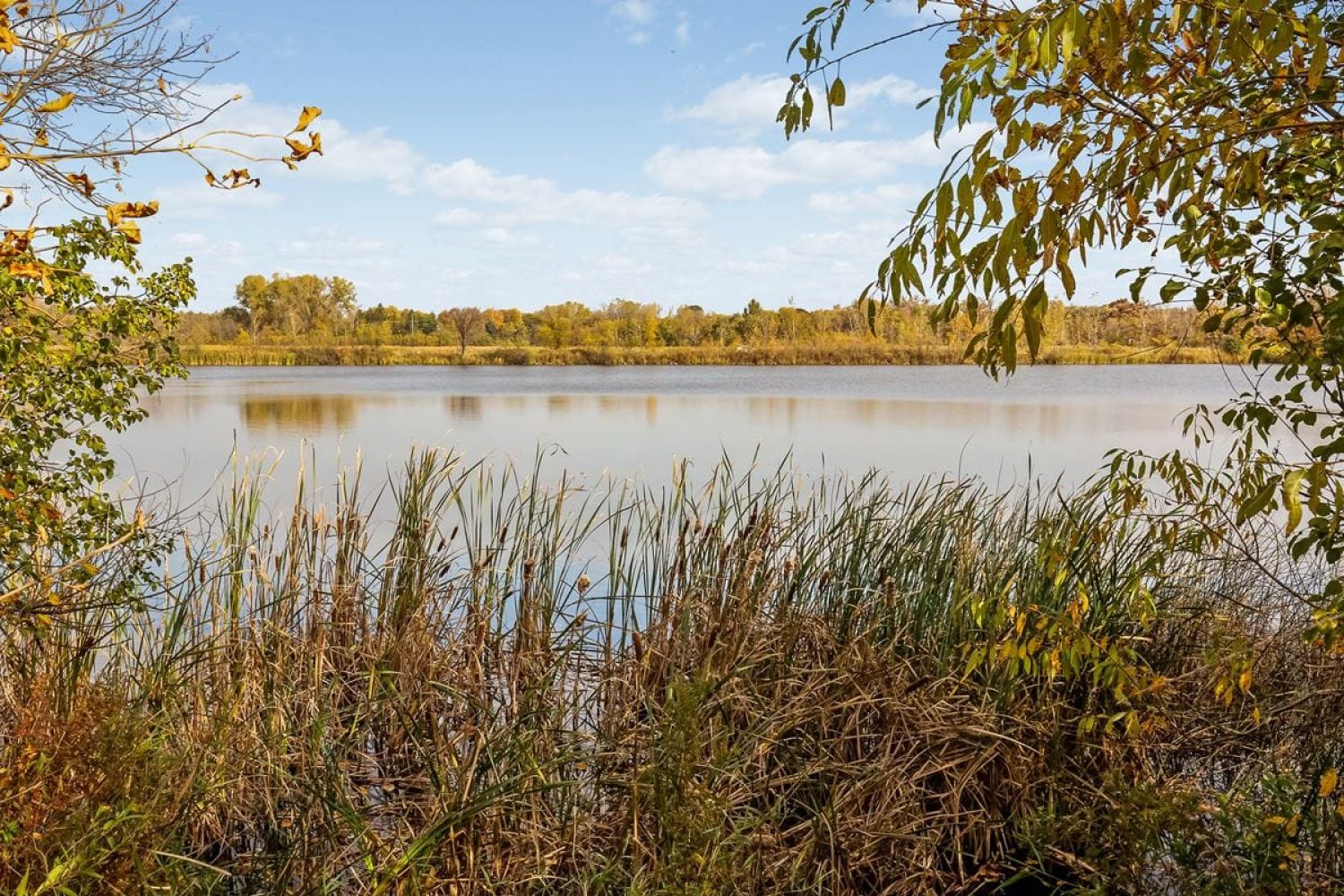 The Cornelia Neighborhood of Edina consists of three distinct and highly amenitized areas: Lake Cornelia (north of 70th Street), South Cornelia (south & west of 70th Street), and Lake Edina (south & east of 70th St). The Cornelia Neighborhood itself was developed in the 1950’s and 60’s, with most subdivisions being built shortly after Southdale Mall was completed in 1956 as the first year-round, climate-controlled mall in the United States. Today we explore the historical linkage between Southdale Mall and Cornelia. 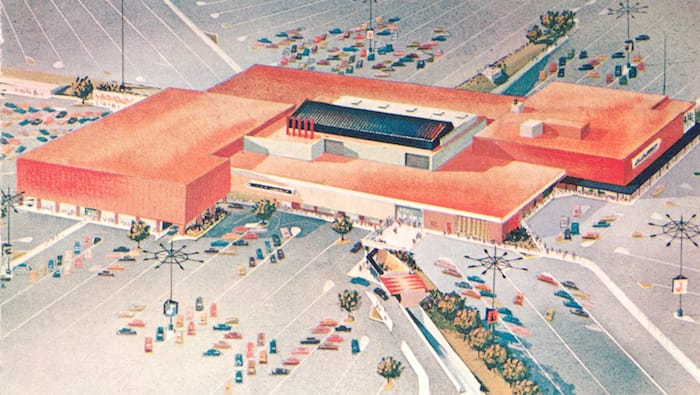 In addition to a host of wonderful amenities including Lake Cornelia, Lake Edina, Cornelia School & Park, and Arneson Acres, the Cornelia Neighborhood also enjoys convenient proximity to Southdale Mall. But this is no accident: the vision of retail with complimentary residential uses was there from the start. In fact, just after announcing their plans for the $10,000,000 mall in June of 1952, the Dayton Company’s first act was to spin off a 60 acres of the 500 acre site to Thorpe Brothers, Inc, a well-known residential company that also developed Edina Country Club years earlier. 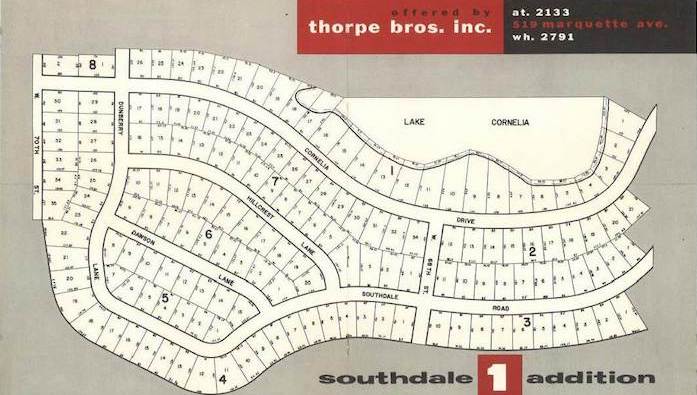 Victor Gruen, the legendary architect who designed Southdale and its Master Plan, saw the residential area as part of a broader “buffer zone” around the Mall to compliment the community he was building inside, along with office, medical, and secondary retail surrounding uses as well. The Southdale subdivision consisted of 160 home sites, with lots starting at $2,000, and offered more than just a home. In the words of the original brochure:

The discriminating home owner may choose a gently rolling lot, peaceful shaded glen, sharply rising oak clad hillside, or thrilling lake front site with uninterrupted use and view of lovely Lake Cornelia. All the peacefulness of the country, yet only a few minutes from town and walking distance from Southdale Mall.

In other words, the housing aspect of Southdale Mall was seen as giving consumers not only shopping convenience, but a place to rest and repose. It was lifestyle and not just a mall or housing that Gruen wanted to build!

Today, the Cornelia Neighborhood of Edina, and specifically Southdale 1st Addition, remain an ideal neighborhood pocket in Edina, with convenient access to schools, parks, shopping, and medical facilities. Currently, the Edina Historical Society is celebrating the 60th anniversary of the opening of Southdale Shopping Center with their exhibit “Southdale: the Creation of a Cultural Landmark,” which includes celebration of the residential roots of Cornelia. For more information on the exhibit, please visit EdinaHistoricalSociety.Org.